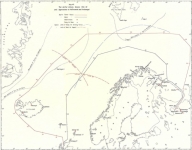 In 1941, Stalin asked Britain and its allies to help provide needed supplies of equipment and foodstuffs as the German forces were restricting supply routes. The decision to comply with Stalin’s request was as much a political decision as it showed allegiance to the Soviet Union but also tied up a great many German ships within the region.

A number of Caithness seamen served on these convoys and the Wick Heritage Museum has in its custodianship one the weatherproof coats used by these intrepid sailors.

To understand the hardships and the conditions faced by these sailors, the following aims to pull together some of the knowledge and experiences of the Russian Arctic Convoys. 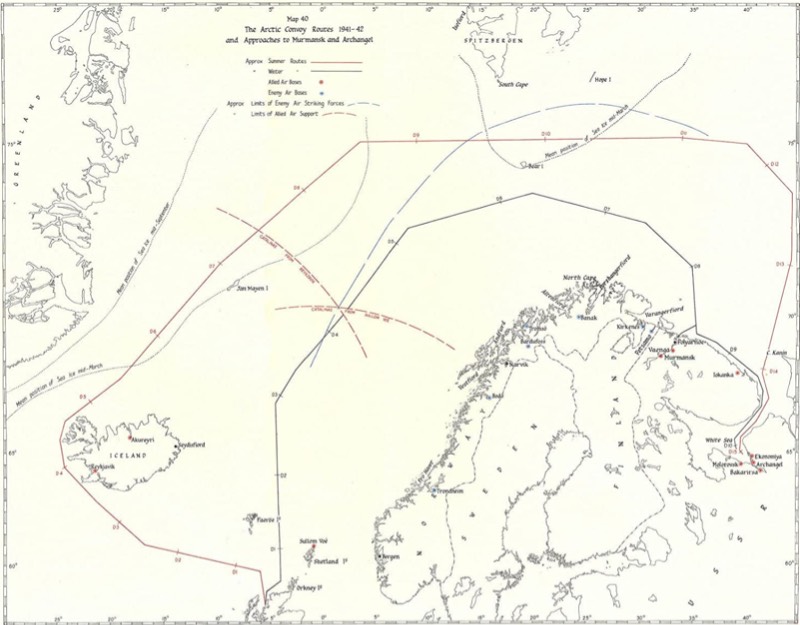 The route for delivering the supplies was across Northern Norway and into the ports of Murmansk and Archangel – a narrow shipping lane patrolled extensively by German torpedoes and U Boats. Both summer and winter routes were close to German bases in Norway from which U-boats, aircraft and surface ships could operate.

In total some four million tons of supplies were delivered to the Soviet Union. This included tanks, aircraft, ammunition and foodstuff. One Caithness veteran remembers arriving in Murmansk and giving his chocolate rations to some starving Russian children.

The convoys were given the codes PQ for outbound and QP for homebound, although these were changed in 1943 to JW and RA respectively. In total there were 78 convoys, with the last sailing each way shortly after the German surrender in 1945.

In 1942 Convoy PQ17 assembled at Hvalfjord in Norway but only 11 of the 34 ships reached the Soviet Union with 153 men lost. In total some 3000 Allied seamen lost their lives. Winston Churchill described the convoys as the “worst journey in the world” Throughout the campaign the Germans used their propaganda machine to continually seek to exaggerate the Allied losses.

The convoys assembled at first in Loch Ewe in Wester Ross, where today the Russian Arctic Convoy Museum tells the story of these convoys and the ships and sailors who sailed on them. 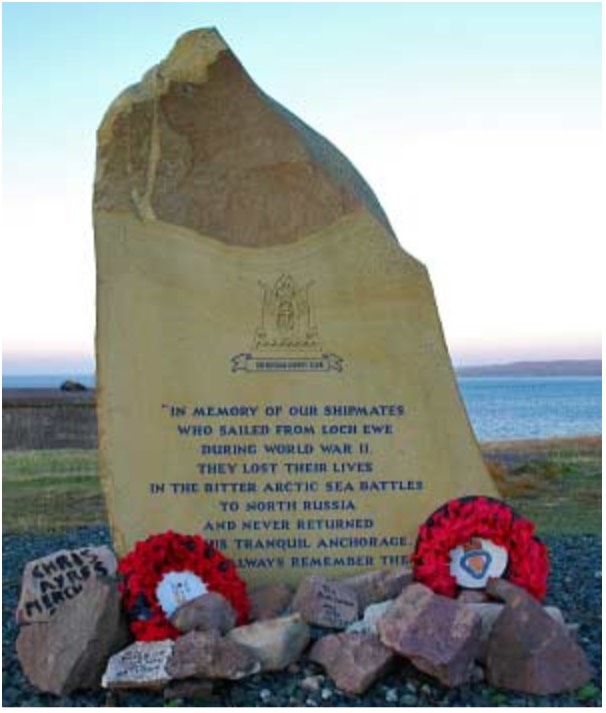 After the war there was a considerable and forceful movement for the British Government to honour the men of the convoys with a specific medal.

Eventually the British Government gave in to pressure and awarded the Arctic Star to the convoy sailors in 2012 Among those supporting appeals for medals to be awarded and taken up was the broadcaster, Ludovic Kennedy. 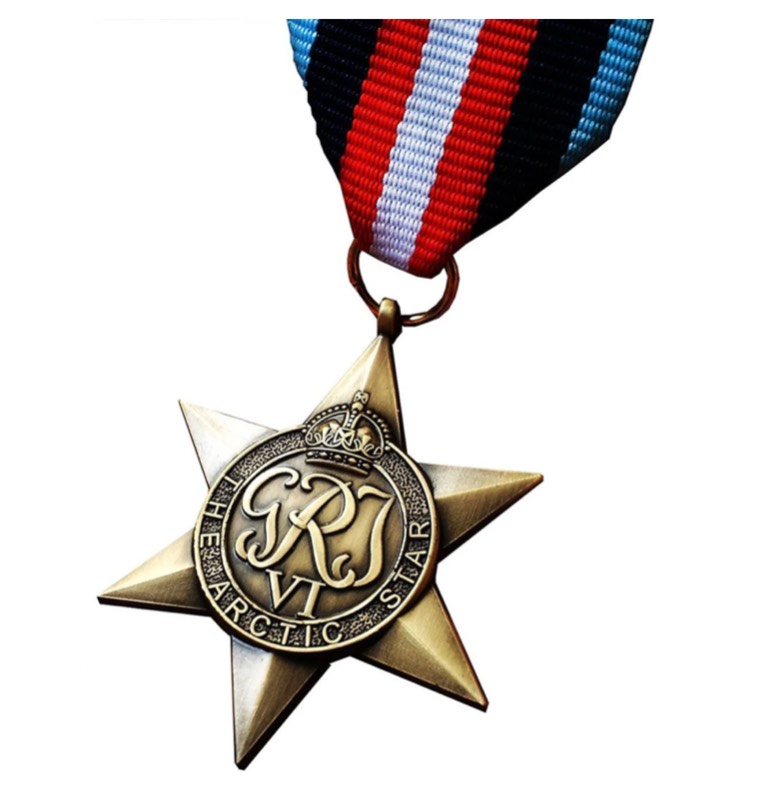 Veterans gathered at Loch Ewe to dedicate a memorial to those of the Arctic Convoys, wearing their medals and their white berets of white wool with black leatherette headband and fitted with a cloth badge. The badge features crossed red and white Ensigns upon stylised icebergs with a central Soviet hammer & sickle insignia. 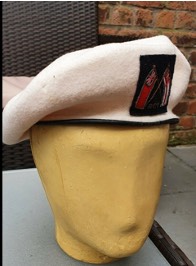 Caithness sailors were among those who sailed on the convoys and recalled temperatures of 40 degrees below zero. The cold was so fierce that special clothing was supplied to keep them warm. These consisted of special coats, hoods and boots. One of the outer waterproof coats is in the custodianship of the Wick Society and will feature as part of a new wartime display in Wick Heritage Museum. 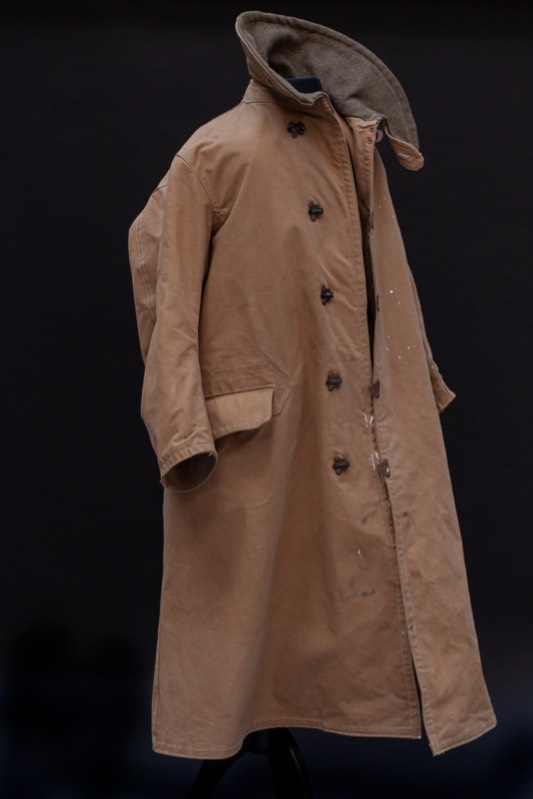 One Caithness seaman on the convoys remembered how “You had to have warm layers underneath and waterproof on top and remember to wear gloves or your skin would stick to the metal” Some of the warm clothing came from the Canada.

However, the cold conditions they had to endure were among the most difficult. Condensation would form on the ship’s bulkheads which would turn to ice of up to three inches in thickness. To prevent the ships turning over with the weight of ice, the men were sent out to chip away the ice to prevent such a calamity.

Many of those who sailed on the convoys were young men of teenage years. One local lad was just sixteen, having signed up to join the navy under a slightly erroneous date of birth.

Another Caithness veteran remembered the times as “very poignant yet very worthwhile” “Yet, also when the Scharnhurst was sunk we had managed to rescue 6 of the German sailors on to the Matchless when a message came through that there was a possible U Boat in the area and the order was given for us all to leave, abandoning the ones that were still in the freezing water. We had no choice but to obey orders, but it was not easy to leave men screaming and crying in the water”

The Wick Society is keen to hear from family members of other Arctic Convoy veterans.