The box bed was a convenient space saver in many a confined Caithness household. 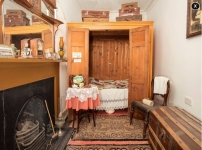 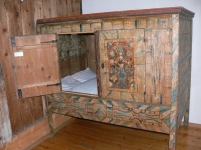 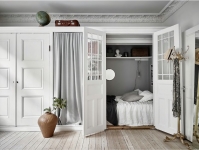 The Box Bed was a convenient space saver in many a confined household. During the heydays of Pulteneytown’s herring fishing season, the influx of herring gutters put a number of strains on the town, none less than accommodation. To the rescue came the Box Bed, which could not only be a space saver but also act as sleeping accommodation for a number of herring gutters. Allegedly, five or six girls could be accommodated in one such Box Bed. To imagine it, you must also imagine some ‘high jinks’.

The Box Bed was also common on farms throughout the County and the splendid example that resides in the Wick Heritage Society came from Knockglass in Watten. 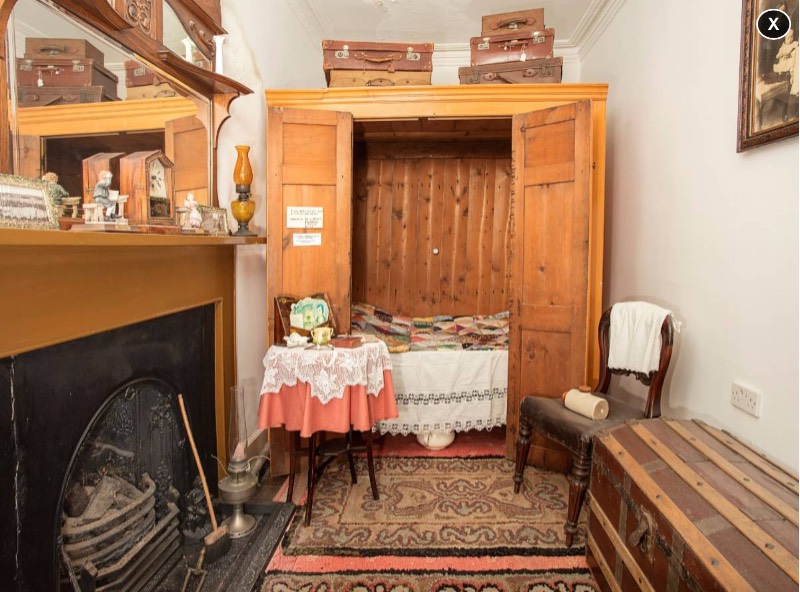 “The room in which the man and his wife and seven of a family lived did not seem to be more than six or seven feet wide and some of the family had to sleep in a box bed in an outhouse among the dogs and horses".

Like the Wick Heritage Museum’s Box Bed, these were essentially pieces of functional furniture and as such fairly basically constructed. However, an opportunity for more sophisticated designs also existed. 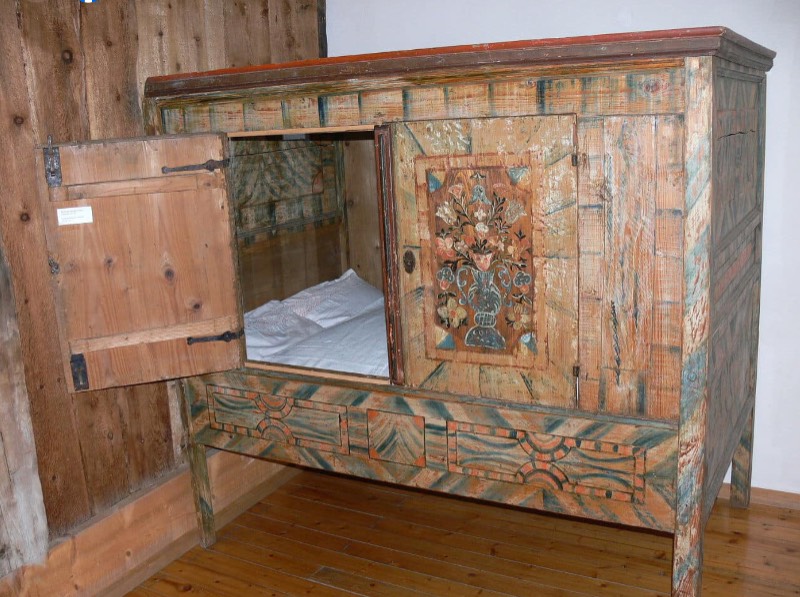 The Box Bed is thought to have originated in Brittany, France in the late medieval period and its obvious advantages saw usage become more general across other European countries and in particular Scotland. 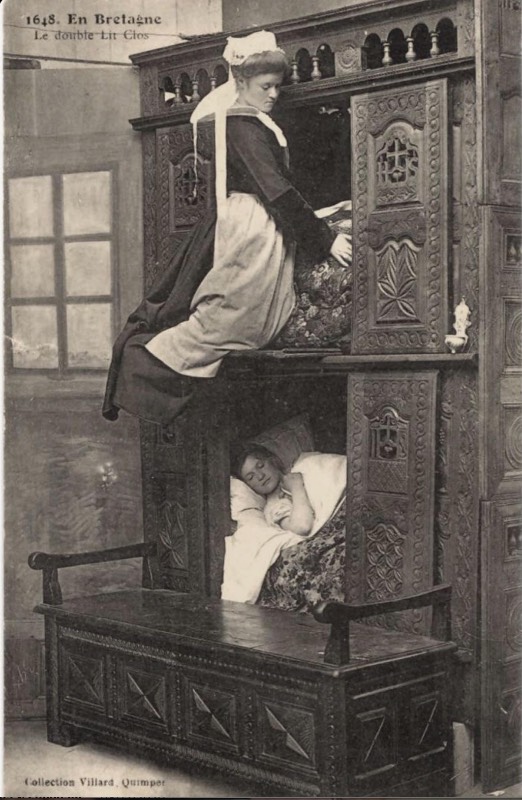 It gained literary significance when described in Wuthering Heights

"The whole furniture consisted of a chair, a clothes-press, and a large oak case, with squares cut out near the top resembling coach windows. Having approached this structure, I looked inside, and perceived it to be a singular sort of old-fashioned couch, very conveniently designed to obviate the necessity for every member of the family having a room to himself. In fact, it formed a little closet, and the ledge of a window, which it enclosed, served as a table. I slid back the panelled sides, got in with my light, pulled them together again, and felt secure against the vigilance of Heathcliff, and every one else"

A further literary example was recited in 1927 at a Lybster School event when Alexina Sutherland entertained the audience with a rendering of  “My Old Box Bed”.

In a 1902 John O’Groat Journal advert, among a number of items being sold in Sinclair’s Auction Mart was a “Box Bed (almost new!)”

Today the Box Bed is making a return to modern living 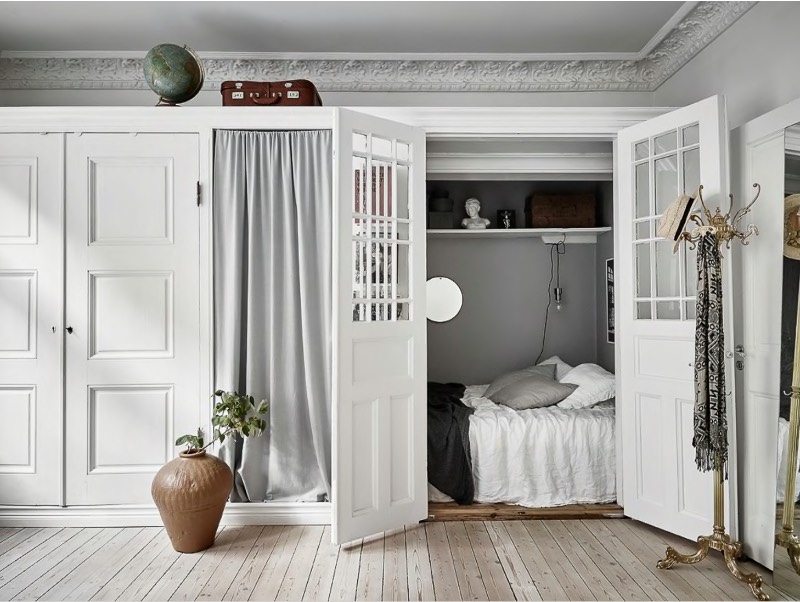