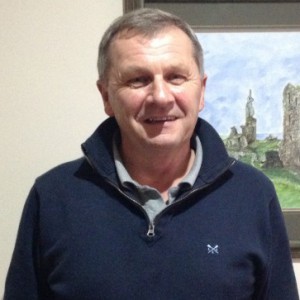 Tending the light at Noss Head


In 1973 when David Fraser left the Army, he joined the Northern Lighthouse Board to train as a light-keeper. Although the Army taught David to look after himself he quickly learned that to survive in the lighthouse service he needed to learn to cook. This was only one of the many skills he learned such as tending the lights, whether electric or paraffin vapour, the character of the lights and foghorns and the necessity to keep the light burning throughout the hours of darkness. He goes on to describe the annual lime washing of the tower sitting in the Bosun’s chair. In David’s words “If it moved you saluted it and if it didn’t move you painted it.” David talks about various postings including his time at St Abb’s Head but he describes in detail his time at Noss Head Lighthouse. He talks of the history and structure of the lighthouse and how much he enjoyed his time there. Wick Heritage Museum now houses the Noss Head light and David feels privileged to have the task of keeping the light in pristine working condition.