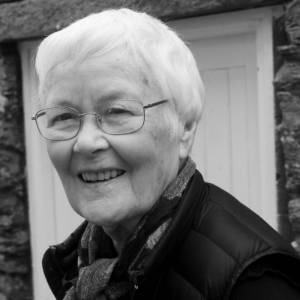 There were Spitfires flying about the sky all the time


In the second of two recordings for Wick Voices, Alice Calder shares some memories of Castletown during World War Two.

"I was very conscious of the fact that the village was full of RAF, and of course Thurdistoft was an airfield," she says. "We saw pilots walking around looking very important. I can remember the sergeant pilots walking up the village into the sergeants' mess - I can remember their wings. And they always wore their flying boots because it was so cold in Caithness. They used to trudge over from Thurdistoft. And there were Spitfires flying about the sky all the time."

Alice also recalls how her father gave up his religious faith after serving in the trenches in World War One.

"He told me that when he went to the trenches, and saw the horror that happened in the trenches, he just decided there was no such thing as a decent God and he gave up his religion. And his father was a very, very strict religious man, a Free Kirk man."

She also talks about teachers she admired.

Alice was born in Castletown Mill. In the other recording she tells of some of the families who lived in the mill at different times.

Her family moved to Hull, and Alice went to art school before going into teaching. She returned to Caithness in 1993.

Alice was speaking shortly after her 94th birthday.