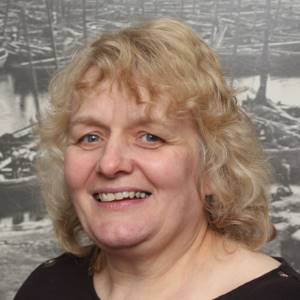 It's hard work but it's rewarding


Morag Mackenzie is a well-known Wick town centre businesswoman who runs the popular Morag's Café. In this recording she looks back at her childhood in Pulteneytown and how she acquired the baking and cooking skills which would serve her so well in her adult life.

She talks about coming second in the national "Crack an Egg" baking competition when she was 14 and reminisces about the gundy wifies who lived in the area, as well as making hurleys and accepting "a fry" from fishermen at the harbour.

Morag believes Wick still has a community spirit to be proud of. "I love my town,” she says. "People still look after each other and still care for each other.”

She and her staff at the café give as much assistance as possible to tourists looking for information about the area. "All our staff are local and have plenty of local knowledge,” Morag says.

She talks fondly about her late parents, Ian and Marjory, and their involvement in community groups. An interview with Ian Mackenzie, recorded in 2017, can also be heard as part of our oral history collection.