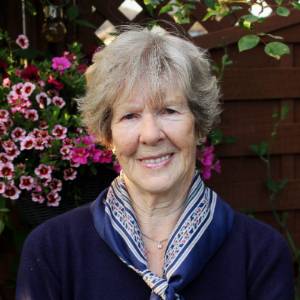 Island Roan means such a lot to me


Ray Richard (nee Mackay) tells of her enduring connection to Island Roan (Eilean nan Ron), the "island of the seals" off the north coast of Sutherland.

Around 1820, three young families (including Ray's forebears) settled on the island as a direct consequence of the Strathnaver Clearances.

Ray was born and brought up in Wick but from an early age she spent every summer on Island Roan, the birthplace of her mother.

At the age of five, Ray was a few weeks late in starting school in Wick as stormy weather made it impossible to cross over to the mainland at the end of her summer stay.

"It was a lovely island," she says, adding that the people were "very self-sufficient". They reared cattle, sheep and hens and made their own butter and crowdie, while "fish was the mainstay". Water came from wells. If there was ever a need for a doctor, a fire was lit so that it would be seen across the Kyle of Tongue.

The God-fearing islanders were entirely Gaelic-speaking and Ray describes how she learned to understand the language.

"I was involved in whatever they were doing. It was such a happy time," Ray says. "You do remember the nice things but summers seemed to be lovely."

One old woman who died in her nineties had never once been off the island. Ray observes: "Can you imagine how content she must have been?"

She mentions an incident during World War Two when the hungry crew of a passing American submarine helped themselves to a sheep from a nearby island… and eventually, after the war, offered to pay for it.

There was a population of 70 on Island Roan at one time but the last residents left at the end of 1938. "I know that I'm the last surviving person to have stayed on the island," Ray points out.

Ray also recalls how, in 1949, she was chosen as Wick Herring Queen and initially her grandfather disapproved of the idea. His view was: "We were Highlanders, we didnt belong to Wick." Thankfully he relented and Ray was duly crowned.

Ray has made some return visits to Island Roan over the years and is keen to go again, although access has become more difficult because of damage to the steps leading up from the landing point through exposure to the elements.

"Island Roan means such a lot to me. It was just magical," she says.

Ray also mentions a surprise encounter when she gave a presentation about Island Roan at a Caithness Family History Society meeting.

Ray gave this interview in August 2021, shortly before her 90th birthday.