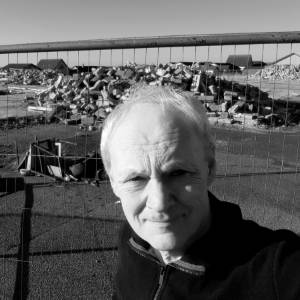 It was a great wee school


Wick's Hillhead Primary School has now been reduced to rubble but memories of it live on, as former pupil Alan Hendry explains in this recording. The school was opened in 1969 but was demolished in 2016 when the new Noss Primary School opened.

Alan's Hillhead reminiscences include various encounters with headmaster Ben Manson (a military man through and through who, Alan says, seemed to consider most of the pupils to be a bunch of softies), playing football for the school team, listening to the chart rundown on a hissy transistor radio and a school trip to London where, as well as seeing some of the main tourist attractions, the pupils had an opportunity to watch the children's TV show Crackerjack being made.

Alan went on to become a Hillhead parent too. He talks about how how the school always had a progressive outlook and sought to make pupils aware of their place in the wider world.