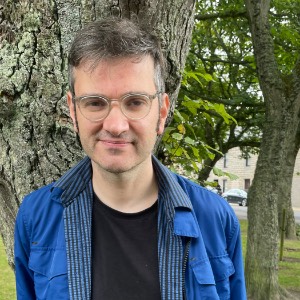 Caithness has become an important inspiration for my work


Wick born pianist and composer James Ross talks about the influence Caithness has had upon his career in music.

His early fascination with the accordion led to James receiving a keyboard for Christmas with the proviso that if he practised, he might get an accordion in the future. Music lessons with Addie Harper Junior and Senior led to a firm grounding in traditional music that James claims has influenced and inspired his creativity.

Piano lessons with Emma Bruce gave James an understanding and appreciation of classical music. He also talks about the influence of Anne Hutchison, a dynamic music teacher who taught at Wick High School. This all helped establish a firm grounding in both classical and traditional music, prior to embarking on further studies at the Royal Scottish Academy of Music and Drama, now the Royal Conservatoire of Scotland (RCS) and the Irish World Academy of Music and Dance, University of Limerick.

James explains how his debut album was inspired by his tutor Micheál Ó Súilleabháin, as well as the Harpers from Caithness.

His second album Chasing the Sun, was a seven-movement suite, inspired by the sea and the landscape of Caithness and North Sutherland. This was originally co-commissioned by the Blas festival and Celtic Connections.

James was commissioned to create a suite of pieces inspired by the images from the Johnston Photographic Collection. In 2014, James and Carol Ella (viola) premiered The Johnston Suite at Pulteneytown Parish Church, Wick.

In another project, he collaborated with author James Robertson to create The Boy and the Bunnet, a Scottish answer to Prokofiev's Peter and the Wolf.

Projects have also included a commission with Fèis Rois, in partnership with Drake Music Scotland, which involved school children with learning disabilities performing alongside professional musicians.

Recently James worked with celebrated writer Alexander McCall Smith on a project These are the Hands, which explored the relationship with the sea and land and again featured photographs from the Johnston Collection.

Along with Irish singer Michelle Burke, James has been involved in a wonderful project Step into My Parlour.