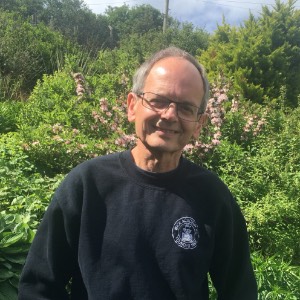 There is nothing constant... except change!


John Bogle recalls an eventful train journey to Wick in 1982 when he came for a job interview with the Health Service. His successful appointment led to the management of a range of projects with NHS Highland over a period of more than 30 years. He had a variety of job titles, including Head of Capital and Property Planning at the point of his retirement in 2015.

John talks about how he settled into the area, married a Wicker, and raised his family. He also talks about 'tuning his ear' to the local dialect but claims that despite living in Wick for almost 40 years, Ill never be a Weeker.” He has however given much of his time to help and support the local community.

For many years he was Band Secretary of the RBLS Pipe Band and continues as a volunteer with the organisation. He recalls his familys involvement with the band, trips abroad, and friendships established.

Listen to John also talk about his involvement with the Royal Burgh of Wick Community Council.