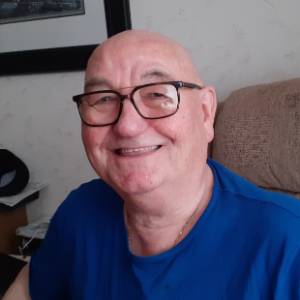 The BB hall was the mecca for dances


In this recording, Murray Banks tells how he developed a strong affinity with all things Italian after making friends with members of the Cardosi family in Wick. He would go on to visit Italy many times, including a memorable trip with his friend Sandy Gunn to the Olympic Games in Rome in 1960. In the boxing arena they had the privilege of seeing the light-heavyweight gold medal winner Cassius Clay - later to become Muhammad Ali.

"I did enjoy Sicily," Murray also recalls. "You opened your windows in the morning and you got nothing but the smell of lemons and oranges. The air was full of it…"

Closer to home, Murray reminisces about dances at the BB hall as well as going to country dances. He also shares a few stories about Wick's Breadalbane and Pavilion cinemas when long queues would form to see the latest films.

Murray explains how, after leaving high school, he became an apprentice printer and then a Linotype operator at the John O'Groat Journal office. Later he ran a fish-and-chip shop.

He concludes with a few memories of rural life at Badlipster, south of Watten, where a friend of his granny stayed in a house with no electric light or running water. The young Murray would be given the task of going to a well and fetching water in pails. He recalls that in a traditional blackhouse in this area there was a fire that reputedly hadn't gone out for 200 years.

You can listen to Murray Banks sharing some off his childhood memories in this other Wick Voices recording: