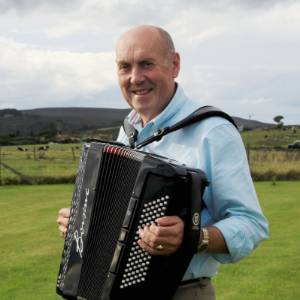 I've always been in the right place at the right time


Frank Sutherland was born in Wick and grew up in the Tannach area. In this recording he recalls how he developed an interest in music after his father bought him a mouth organ. By the age of 12 Frank had taken up the accordion and he went on to be a multi-instrumentalist on the busy local band scene in the late 1960s and the 1970s, playing a range of musical styles.

He became a member of the Dynamos, performing at venues from local village halls to clubs in London and other cities down south. "We were packing halls wherever we went," Frank says. "That in itself was encouragement to try to put a band full-time on the road and try it out for a living."

After a successful working life in Aberdeen, where he managed two shopping centres and was a city centre business leader, Frank returned to Caithness in 2010. He and his wife Margaret live in Dunbeath.

After the pandemic struck in 2020, Frank began posting videos on Facebook in which he played a selection of toe-tapping accordion tunes. His uplifting clips soon became hugely popular, to such an extent that for a time Frank found himself responding to numerous requests and corresponding to people from far and wide, acting as a kind of "agony uncle", as he puts it.

Frank continues to post videos regularly, usually once a week, and reckons he has shared about 150 tunes on social media.

"The amount of people that have sent me comments is just fantastic," Frank says. "I've just been floored by the whole thing. It's not what I expected to do. It's totally humbling.

"The music online was, I suppose, a way of helping people who were locked into their own home with nobody else to speak to."

The accordion tune he plays on this recording is one he composed himself, in honour of his parents. It is entitled Swarthouse Jig, named after the croft where he grew up.

Frank - I thoroughly enjoyed your recording and hearing about your experiences at work and in the various bands. I must admit I thought I was hard done by having to walk from Seaforth Avenue to the old Academy every day but I never gave a thought to what you, and other guys like Joe Baranov, had to go through every day, in all weathers. It’s good to hear you’re still thriving and making great music - from an old primary school classmate, Andrew Mackay.