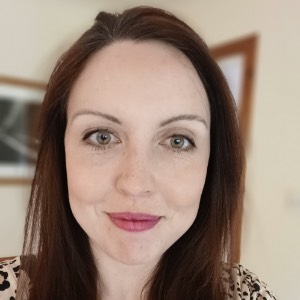 I have always followed my heart and if something grips me, I will chase it all the way.


When Nicola Sinclair left Wick to study at Edinburgh University, she had no plans to return to Caithness. On completing her studies, she embarked upon a career in journalism. However, when her daughter was born, bringing up a family in a big city became less attractive. Recalling memories of growing up in the safe, friendly environment of the Highlands influenced the decision to return to Wick in 2015.

"We started hankering for home.”

In this interview, Nicola remembers the excitement of making dens and playing games when she lived in Bank Row and later in Green Road. She recalls, "There was a really lovely community spirit in Bank Row … all the kids were jointly looked after and I made friends for life.”

She also vividly describes a memorable family day out to Whaligoe Steps. As Nicola and her brother explored the cliffs, her Mum heard a blood-curdling scream and witnessed Nicola fall from a high ledge. Miraculously she emerged from the water relatively unscathed and with little recollection of how the accident happened.

She talks of her favourite place as Reiss beach and she recalls a memorable summer, spending day after day running up and down the sand dunes and swimming in the sea with her cousins.

In both primary and secondary schools, she was supported by influential teachers who encouraged her to pursue her interest in writing.

When Nicola and her family returned to Wick in 2015, she quickly became involved in the local community. Initially, she became secretary of Wick Community Council and shortly afterwards she helped found CHAT, Caithness Health Action Team and became propelled into a huge public campaign. Soon this led to Nicola's election as an Independent Councillor with Highland Council.

In a space of two years, "I went from not knowing what a Community Council was to being a Councillor.”

In August 2020 she stood down from Highland Council and became a journalist with The Press and Journal.

Nicola says, "I've always followed my heart and if something grips me, I will chase it all the way.”