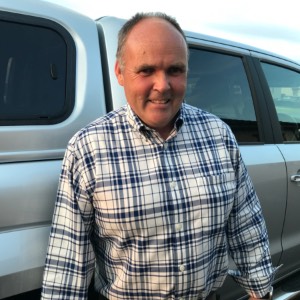 It is all about the land!


Brought up in a close-knit farming community outside Thurso, Donald Macdonald developed a passion for farming and agriculture and ultimately fulfilled his ambition to have his own farm. He has always had an interest in the land and explains, "Throughout history land has been the most contentious issue as it has always been fought over.” He talks about passing on land in better health to future generations.

He also says, "If a farmer grows two blades of grass where one grew before then he is doing a successful job.”

Donald's interest in improving his farmland led to a light bulb moment when he attended a lecture organised by the Organic Farm Movement. The speaker talked about the deficiencies detected in the livestock being directly related to their animal feed. Donald subsequently adopted this innovative approach to farming.

This led to soil testing and the identification of deficiencies in trace elements. Through treating the soil, not only was there an improvement in the agricultural land but the health of the livestock improved too.

He also talks about his interest in Patagonian pioneer John Hamilton who established a fund aimed at supporting farmers in his native Caithness. Donald talks about his observations of the land and agriculture when he visited Patagonia on two occasions.